Little Stella had never had a sick day in her short life − not even a cold. But things changed radically when she reached five months of age. Life would never be the same again. Read Stella’s inspirational story here. 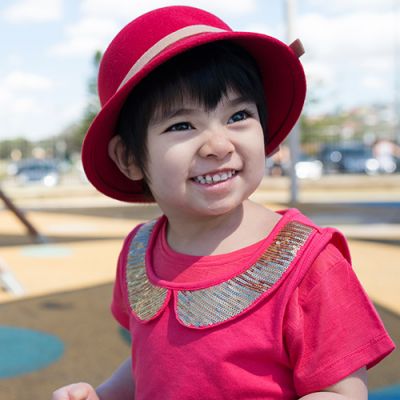 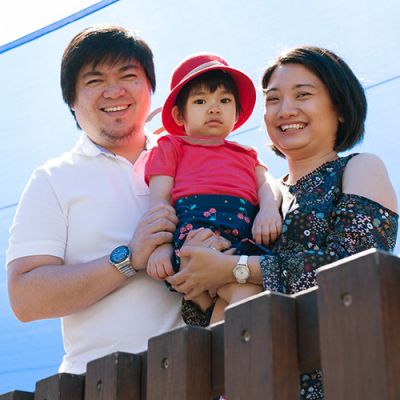 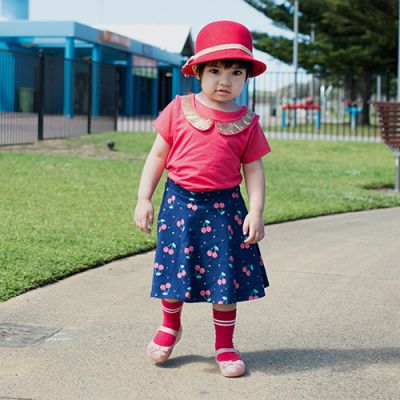 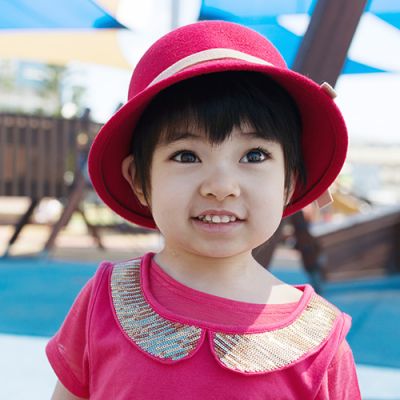 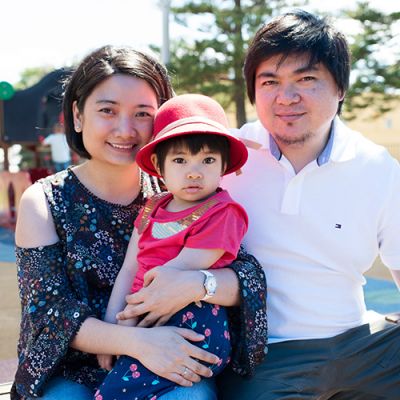 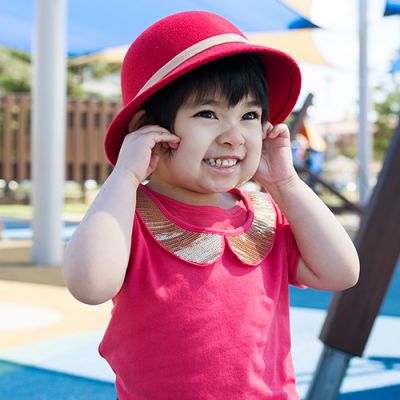 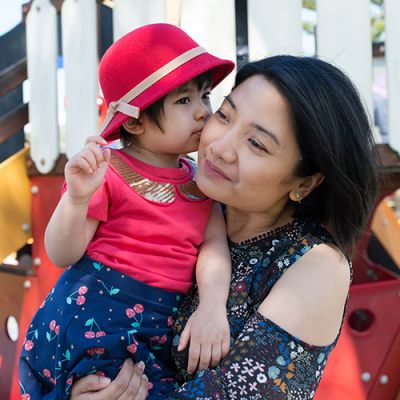 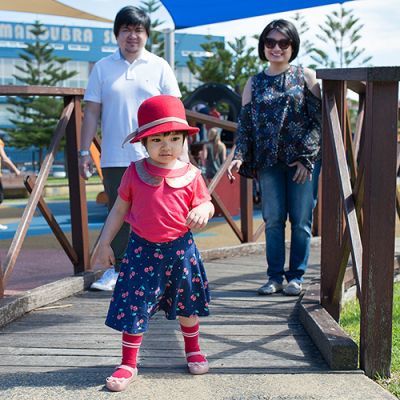 At just five months of age, little Stella was rushed to her local hospital in the Philippines with intense vomiting. Initially, the doctors suspected it might be a stomach bug or a virus. She was able to return home when her symptoms appeared to clear. But soon after, the same thing happened.

On their third trip to hospital, Stella’s parents Bianca and Bryan knew things were getting serious when their little girl began to have seizures. An MRI scan delivered the devastating news: Stella had a tumour in her brain and would need surgery immediately.

She didn’t even have a cold or cough for all those five months, and then, her first sickness is a brain tumour. So, it’s like… what’s happening? 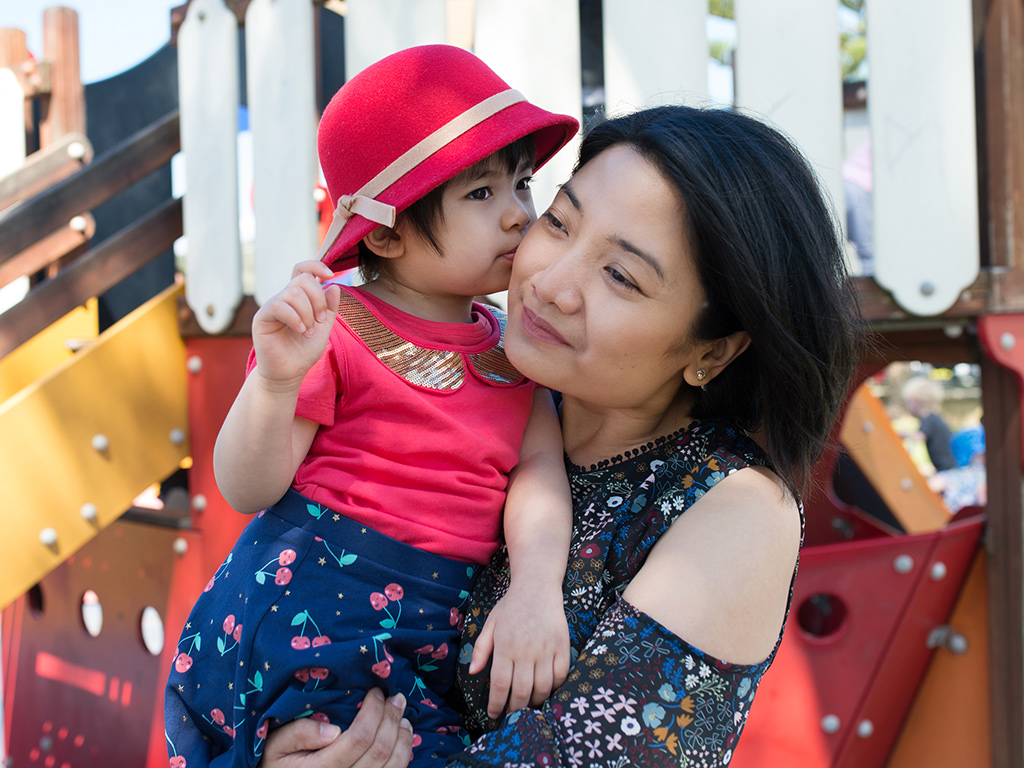 Despite the four-hour operation being successful, the tumour was found to be malignant and Stella began chemotherapy. Her family, who had been planning to migrate to Australia within months, postponed their new life to focus on Stella’s treatment.

In December 2014, Stella’s first chemotherapy cycle ended, and a subsequent test delivered good news: there was no cancer to be seen.

By early 2015, the family had moved to Australia and Stella was under the care of Professor Richard Cohn at the Kids Cancer Centre in Sydney Children’s Hospital, Randwick. For the first 12 months, Stella was doing well and able to be treated as an outpatient much of the time. But in August 2016, she started vomiting again. Her parents knew something was terribly wrong. A CT scan confirmed their worst fears: there was another tumour. At just 2½ years of age, Stella would have to endure another very serious surgery.

The surgery was deemed successful, and again Stella appeared to recover. But in January 2017, her symptoms returned. Despite moving onto a treatment plan that included both chemotherapy and radiation, six months later, scans showed that the cancer had spread. There were now multiple tumours, including one on her spine. It was clear that Stella’s disease was no longer responding to standard treatment.

Stella’s condition deteriorated rapidly. She lost the ability to walk, stand, talk, and sit up unaided. Another surgery was out of the question due to the location and the number of tumours Stella now had. So serious was her condition, the family was introduced to the palliative care team. 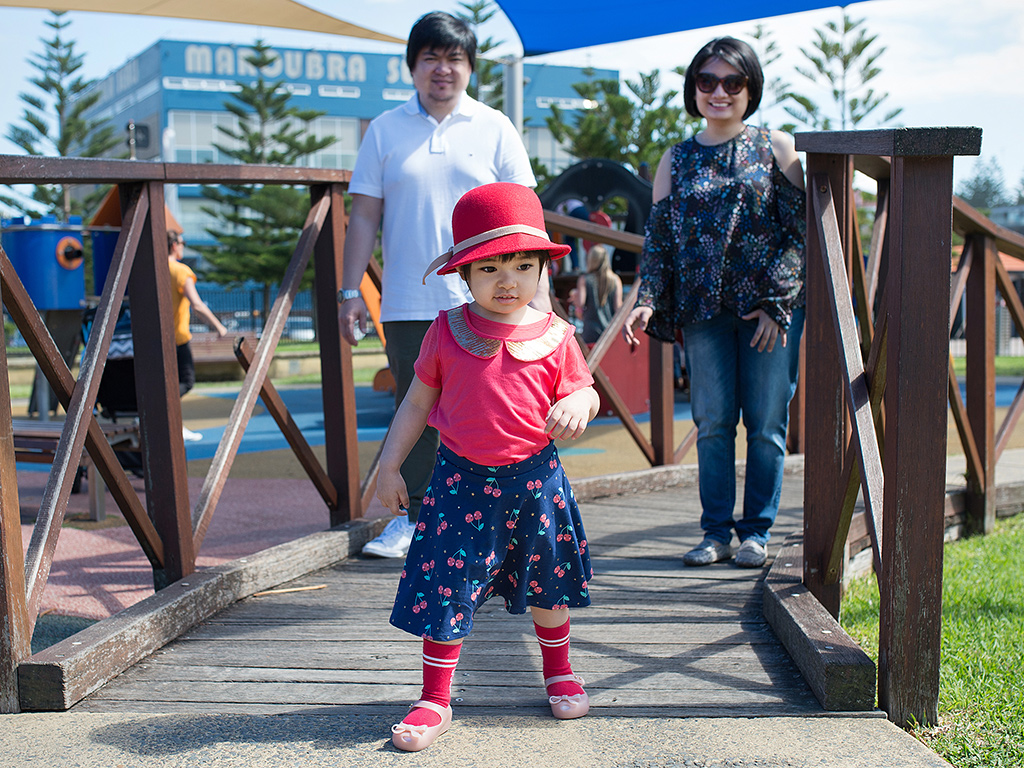 That was the lowest of the low for us because this is when we were told there were no other treatment options.

During one of their hospital visits, Stella’s parents were asked if they would allow the medical team to provide a sample of Stella’s tumour for testing as part of the Zero Childhood Cancer Program (ZERO). Professor Cohn explained that the Program was still in its very early stages and there was no guarantee that a drug match would be found… and even if a drug was found, there was no guarantee that it would help Stella.

Bianca says she and her husband jumped at the opportunity. “We knew there was no guarantee that it would be able to help, but we were in a position where we would try anything.” Some eight weeks later, the family received news that gave them a glimmer of hope. The testing on Stella’s samples showed the possibility that a new drug might be able to help her.

Once Stella began the new treatment, the response was almost immediate. Within two weeks, she had started to smile again. By the third week, she was trying to walk again − wobbly at first, but then with more confidence. A few weeks later, she was even seen dancing in the wards!

Bianca says that because the new drug could be given by mouth and had no side effects, Stella was able to get out and about and enjoy life − a wonderful change after all the radiation and chemotherapy.

Most of the third year of her life was robbed because she was in the hospital. 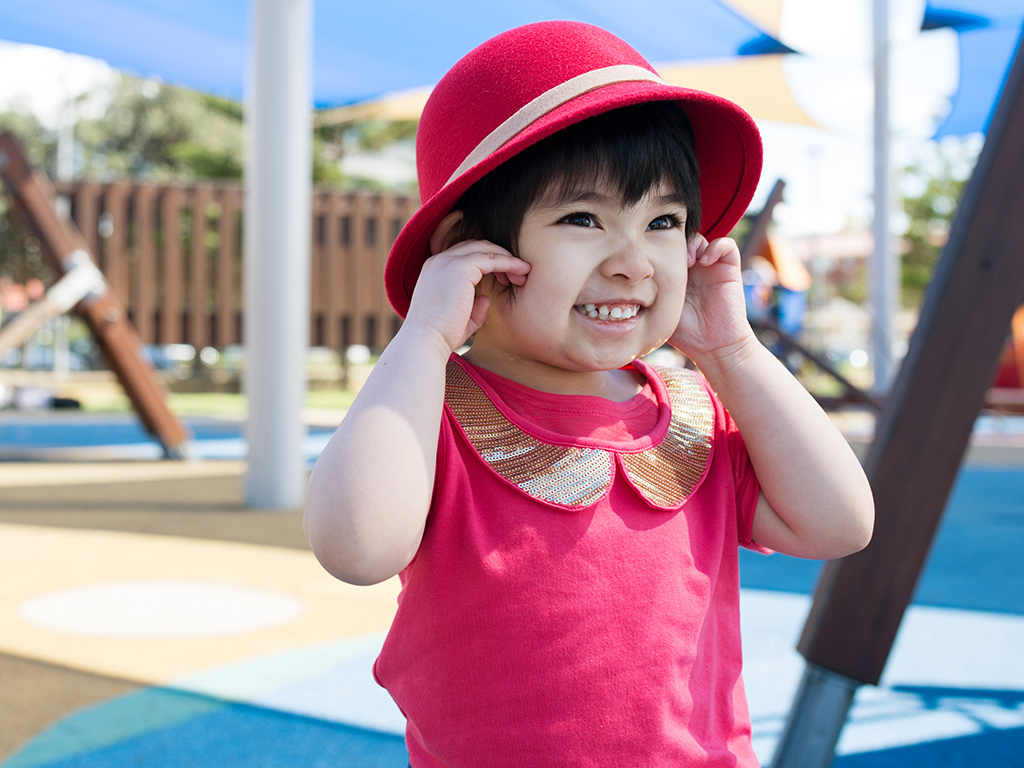 Towards the end of 2017, Stella’s scans indicated very promising early results. Sadly, though, the drug was not able to continue holding the cancer back. While Stella’s tumour initially seemed to disappear, it began to grow again after 10 months of treatment, and on 1 August 2018, Stella passed away.

Although the therapy was not able to save Stella, Bianca says it provided “new opportunities”. “Had it not been for this drug, we wouldn’t have had any more options,” she says. Stella had 10 months of happy and relatively healthy time that she otherwise would not have had. And for that, her family is very grateful. 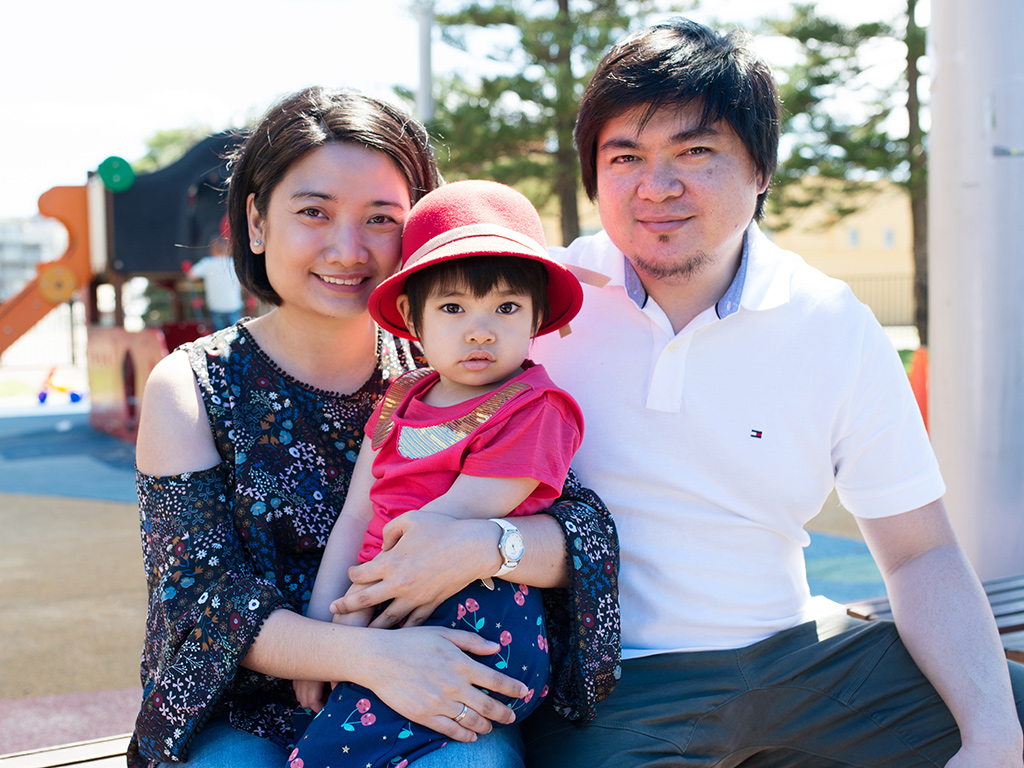 While the ZERO program did not completely cure Stella, it did provide her the best quality of life that we could give her during the remaining months of her life. 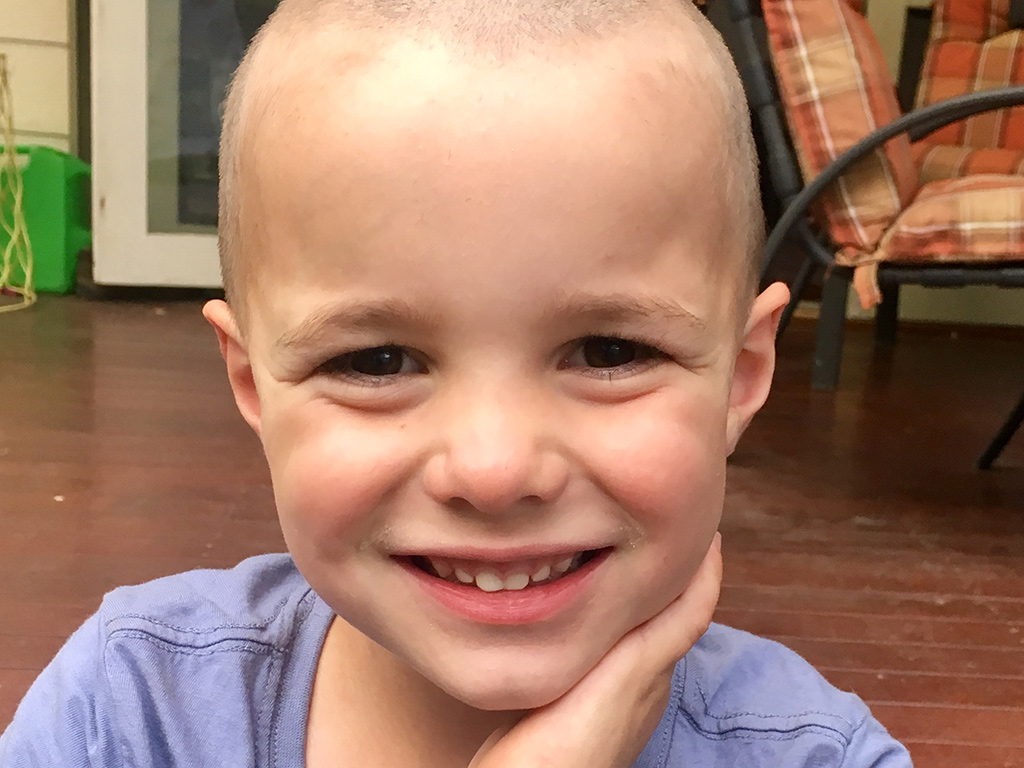 As a baby, Thomas was often unsettled and clingy, never wanting to leave his Mum. But at just two and a half he was diagnosed with a large tumour in his brain. The journey from there has been a rollercoaster ride.